From September 2019, Esther Horvath spent almost four months on board the German research icebreaker Polarstern to document every step of MOSAiC expedition. MOSAiC has been the largest polar expedition of all time to collect data on the atmosphere, ocean, sea ice, ecosystem and biogeochemistry for global climate models.

During the months spent in the Arctic, Esther Horvath experienced a mesmerizing feeling: the polar night is an endless night, its pitch-black darkness feels longer than twenty-four hours, longer than the day itself. Esther Horvath was the only official photographer of MOSAiC, she captured not only the most significant moments of the scientific research, but her photos also show the daily life of the crew of the Polarstern and extraordinary polar landscapes.

The expedition started the 20th September 2019, when the vessel has set sail from Tromsø, Norway, to spend a year drifting through the Arctic Ocean – trapped in ice. The goal was to take the closest look ever at the Arctic as the epicentre of global warming and to gain fundamental insights that are key to better understand global climate change.

No ship has ever penetrated so far north into the central Arctic in winter. Scientists from twenty different countries had been investigating this environment over the course of a year. Groups of about sixty scientists and technicians were on board for two months at a time, taking detailed measurements of the ice and snow, ocean, atmosphere and the organisms (small and large) that exist in the central Arctic. MOSAiC researches will contribute to take a quantum leap in our understanding of the Arctic climate system and its representation in global climate models.

The project, with a total budget of over € 140 Million, has been designed by an international consortium of eighty leading polar research institutions, led by the Alfred Wegener Institute, Helmholtz Centre for Polar and Marine Research (AWI).

Esther Horvath
POLARNIGHT
The largest Arctic expedition of all time 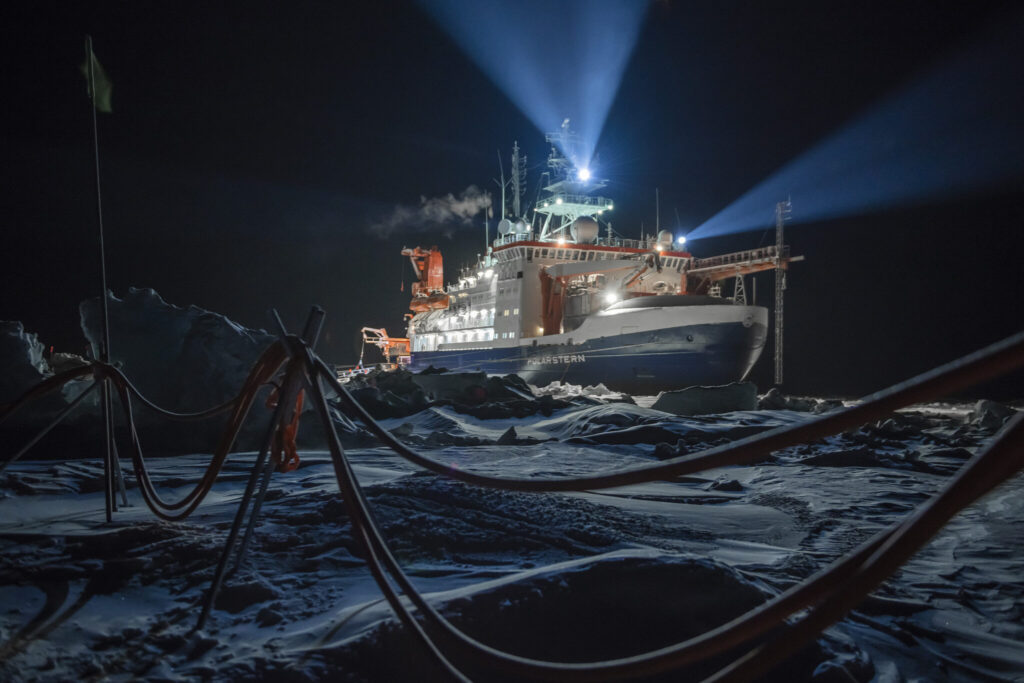