The project EverydayClimateChange (ECC) began as an idea of James Whitlow Delano and is carried out by over 30 photographers from 6 different continents who work in every corner of the planet. Initially originated as an Instagram feed to raise awareness of the emergency of climate change all over the world, ECC soon turned into a traveling exhibition, which offers the largest selection of photographs from the project ever displayed.

Assuming that photography is most powerful when it can communicate deeper meaning by freezing transience, EverydayClimateChange aims to present visual evidence that climate change doesn’t just happen “over there”, in far remote regions, but it is also happening “right here” and its various effects are visible all over the world.

It is only in the past ten years that media started dealing profusely with climate emergency, but as early as the late 50s, a niche of the scientific community had already started warning about this issue.
COP21, the climate change summit was held in Paris in December 2015. So climate change was finally, and still is, at the top of the agenda for a lot of global policy makers that would not ordinarily give it such a high priority.
On 20 August 2018, Greta Thunberg, 16 years old, staged an action outside the Swedish Riksdag (parliament). That Friday she held a sign that read “Skolstrejk för klimatet” (“School strike for the climate”). The single action of this girl initiated the international movement Fridays for Future that, in the past months, has involved thousands of people, some extremely young, all over the world. On 15 March 2019, an estimated 1.4 million students in 112 countries around the world joined her call in the striking and protesting.

Organized by ImagOrbetello Photo Festival in collaboration with Photo Op 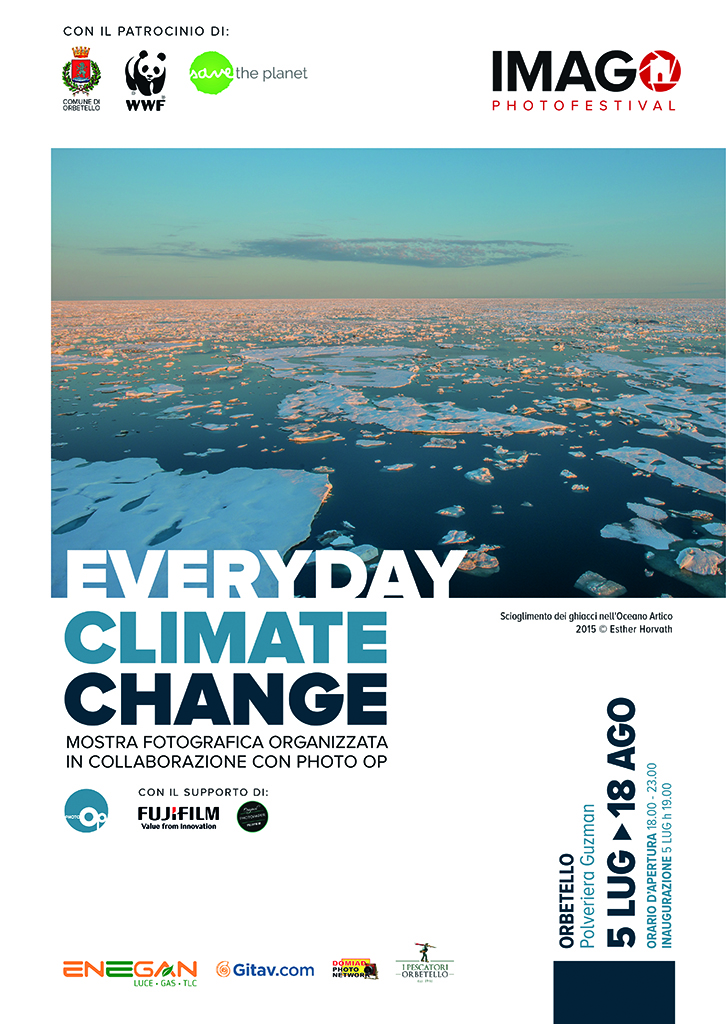